In January 2020, the Diocese of Leeds became the 28th Church of England diocese to join the Parish Giving Scheme. 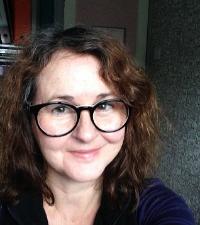 Stewardship Officer, Janet Edmond, reflects on her experience of launching PGS and highlights some of the benefits seen by parishes in the Diocese, as a result of implementing the Scheme.

How did you go about launching PGS in your Diocese?

The Diocese of Leeds is spread across five episcopal areas. We did a separate launch event in each area, which worked really well.

Prior to these launch events, I attended lots of PCC meetings and deanery synods, in order to promote the Scheme among parish clergy and volunteers.

We also organised a pilot programme with 11 parishes (2 – 3 from each area), which ran from August to December 2019. The idea was that each parish would encourage 10 – 15 members of the PCC or congregation to sign up to PGS, giving regularly to their church via Direct Debit.

What was the response?

Within the first three months, we had over 50 parishes register for PGS. This represents more than 10% of all parishes in the Diocese. There was a lot of enthusiasm about the benefits the Scheme could bring and the feedback we’ve received has been very positive.

"Our experience of people signing up has been smooth. We have found that the first 10 people did not need much persuasion to switch to the Scheme, once they had heard about how it worked and about potential benefits to the parish."

“What’s not to like about the Parish Giving Scheme? We get inflation-linked donations; we receive regular gifts from donors, whether or not they have been able to attend the service; we get Gift Aid reimbursed straight away without any extra paperwork and there are fewer bank statement entries for me to reconcile.”

What benefits have you seen in parishes that have implemented PGS?

The main benefits for parishes have been:

There is anecdotal evidence to suggest that having PGS in place could help solve the problem of treasurer succession planning; for example, where the current treasurer might be stepping down, due to age or circumstance, but no one is willing to take their place due to the amount of admin involved.

Lastly, several parishes have recognised that, in contrast to envelope giving, encouraging donors to give through the PGS could help sustain church income during the lockdown period.

Reflecting back on the launch, what were the key things you got right?

What challenges did you face?

Lockdown restrictions imposed as a result of the COVID-19 pandemic did slow the momentum we’d gained from the pilot and launch events. That said, during the past six months, we’ve received a further 20+ PGS registrations – which is a great result.

How have the PGS team supported the Diocese and its parishes since the launch?

The PGS have responded well to the challenges faced by parishes during the pandemic. They launched a dedicated telephone service, allowing donors to set up regular gifts via Direct Debit over the phone. In addition, following significant funding received from the National Church, PGS are working to improve their new website functionality, which will soon enable donors to sign up and manage their giving online.

What are your next steps?

We plan to promote PGS during Harvest Week, using articles written by our Communications team and inviting 4 – 5 parishes to submit a one-minute video about PGS and how it has benefitted them.

What would you say to any prospective Diocese considering signing up to PGS?

I think it is a positive move for any Diocese or Parish to join the Parish Giving Scheme.

I would particularly encourage other Dioceses to take a similar ‘local touch’ approach and also to get senior clergy involved, as their endorsement is essential to success!